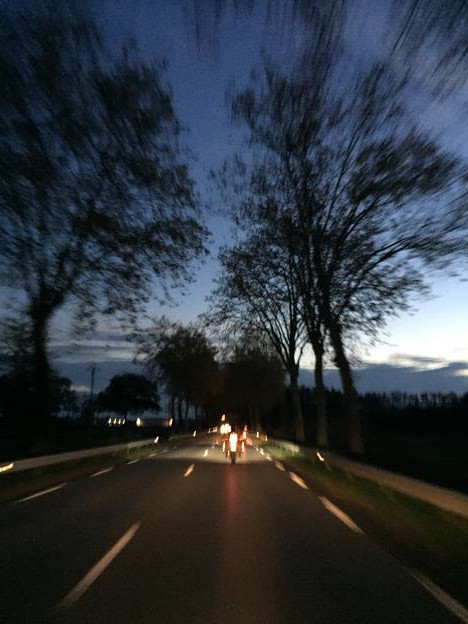 Whenever I am trying to figure something out that alludes me, I keep asking myself WHY over and over again.  With each answer comes another why, until the questions can finally stop because I understand (or the answer doesn’t matter anymore!).

So WHY MotoSoul?  Here are some of the many answers that have come about from my asking the why:

So, these are all great reasons, but how do I know it will work?

5 years ago my BMF (best motorbike friend) Thomas and I were talking about this concept.  At the time, we called it Bikers Paradise.  We selfishly wanted to have a place where we could meet and talk to people who have travelled the world by motorbike.  We wanted to hear their stories and talk to them live, not just read their books or their blogs.

Fast forward 3 years.  In Fall of 2013 I decided to do it!  I would create Bikers Paradise.  Market research and “product development” began.  This decision would forever alter the course of my life, and that has only just begun to be seen.  I began talking about this project to anyone who would listen and changed the name to MotoSoul to more closely reflect the aspiration of what we would become.  Along the way, I found some real believers.  Some people who got it.  Some friends to support me in my dream.   Positive energy and good luck followed me the entire way and continues to do so.

This week two big things happened.  First of all, we had our first MotoSoul Team meeting.  Not all of the Founders were there this time, since we span 2 continents, but we had critical mass.  We had passion.  We had people who want to do something extraordinary.  We had people who are changing their lives to do this.

The second thing that happened is we helped our first world traveler.  A big part of the MotoSoul concept is being there for world travelers.  When they are weary and need a rest.  When they need to earn some money before they continue on their journey.  When they “retire” and want to be in or near the community.  When they want to balance travelling and working, by doing what they love.

I “met” a traveler via Facebook.  Let me digress and say that I LOVE Facebook!  At first it was simply a time saver – simply a digital scrapbook.  I no longer had to print pictures of my kids and send them to family.  Since we are all spread out, Facebook re-connected us in a way that sending pictures didn’t.  We are now part of each other’s daily lives again and I love that!   Facebook then became a way for me to follow motorbike travelers and to connect with them.  Seeing places that I want to ride, getting ideas for the business, and learning that this community is filled with people who are just like me.  Facebook helped me to find my tribe!

OK, back to the 2nd big thing.  I’ve been “following” a traveler and enjoying his stories and shared experiences for several months.  If I didn’t have MotoSoul, my only opportunity to ever meet him might have been to try to meet for a ride somewhere, but this is highly unlikely.  So, I read a random post of his where he said he missed a ferry and had some idle time.  I reached out and suggested a trip to Mutzschen.  This grew into a few quick emails, limited coordination, and VOILA – he is coming to Mutzschen!

He will have a chance to rest in a home surrounded by like-minded people.  He may stay for 2 days, for 2 weeks, for 2 months or maybe 20 years.  Who knows?  The important thing is – we are there and he is coming!

That said, we are not ready to start hosting people at MotoSoul yet – so don’t come bashing down the gates – but we will be sooner than you think.

When we build it, they will come.